At TOY Design we’re always on alert on technological innovations in the world of toys and not. Not too long ago we talked about educational toys and robotics and today we came back to the topic to talk about Cozmo, a domestic and smart toy robot.

This small robot (it fit in the palm of a hand) was born from six years of research and development of the American company Anki whose mission is the matching of robotics and Artificial Intelligence (AI) for the creation of intelligent and interactive products. Cozmo looks like a mini-track with a movable arm and a screen to communicate with the user. All driven by an app that serves to monitor his needs, to set up game modes and to feed him, a bit like a modern Tamagotchi. The set is completed with bright cubes, functional to play different games and activities. 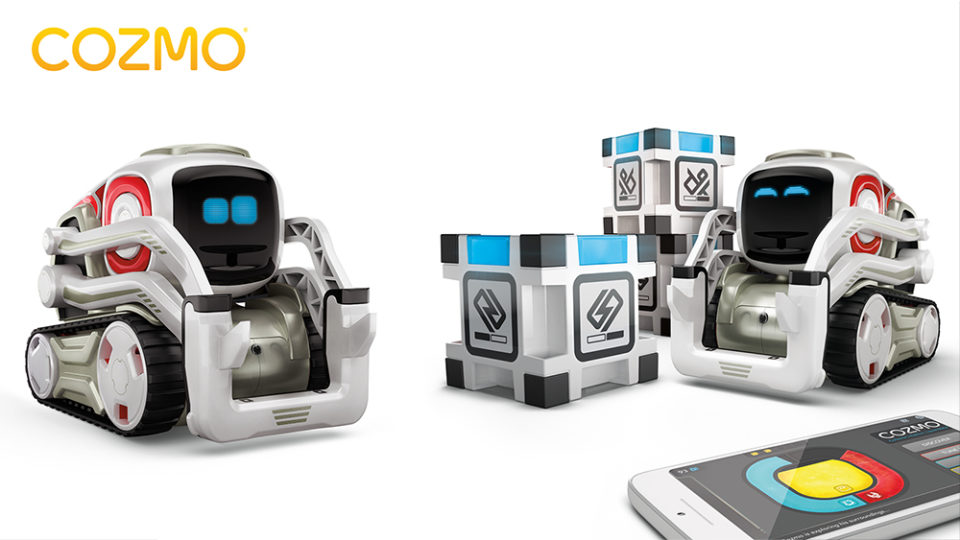 We have defined Cozmo a domestic and smart toy robot and now we explain you why we have chosen these two adjectives, which make it particularly interesting. It is domestic because its inventors have designed the relationship between the robot and the user as if they were natural and organic: we speak to Cozmo as if it’s a small pet. The company calls it ‘pet robot’ to underline the will to make it part of the family and to have a role that is not strictly functional or educational but rather playful and affective. 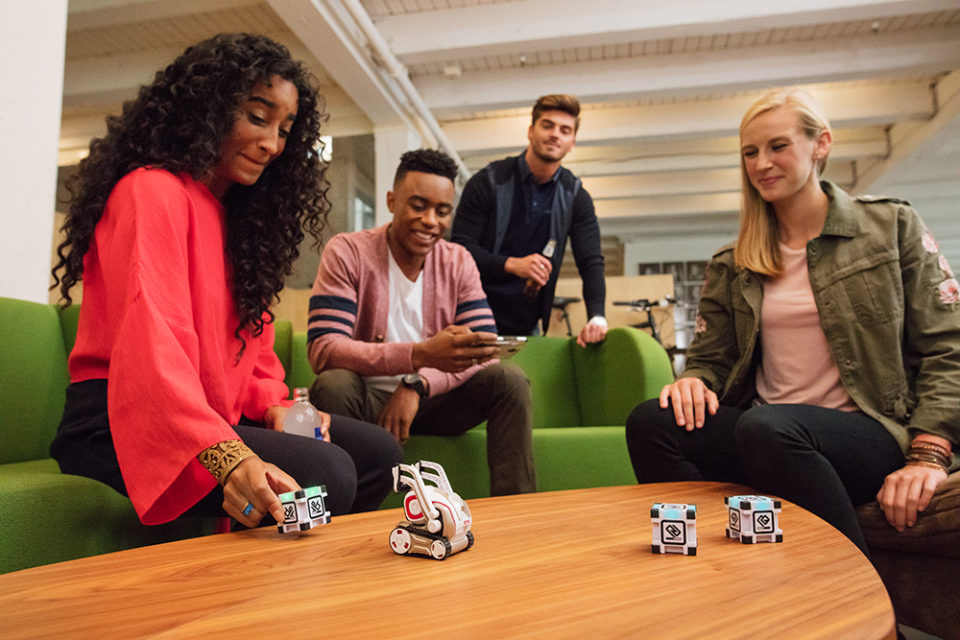 It change therefore the approach to the project and the way to look at the automaton that now plays, challenges and keeps company with the user. This has certainly proved to be one of the strong points of the launch of this product: the marketing campaign ‘Cozmomoments‘ highlights, in short 50-second videos, the possible emotional connections between the robot and the human. The emotional aspect is evidently driven by the screen and by the funny and natural expressions with which Cozmo communicates. Certainly the interface is one of the best designed parts of the robot that immediately reminds Wall-E, the protagonist of the Pixar movie (no coincidence, since part of the Anki team comes from there).

The second adjective is linked to the theme of interaction: smart. This is because Cozmo is equipped with Artificial Intelligence, sensors and cameras that allow it to learn and acquire information about the user and the place that surrounds it. The robot refuses to wait for the ‘boss’, is always ready to play, and the more you play the more its skills grow, the more activities and updates you unlock. It has a camera with face recognition, not only of humans but also of animals, and the software that commands it is open source so that more experienced users can ‘hack’ and create new activities. For this reason Cozmo, a domestic and smart toy robot, has also an educational function and can teach coding through the Code Lab, a series of exercises of increasing difficulty that guide the child in the world of programming. 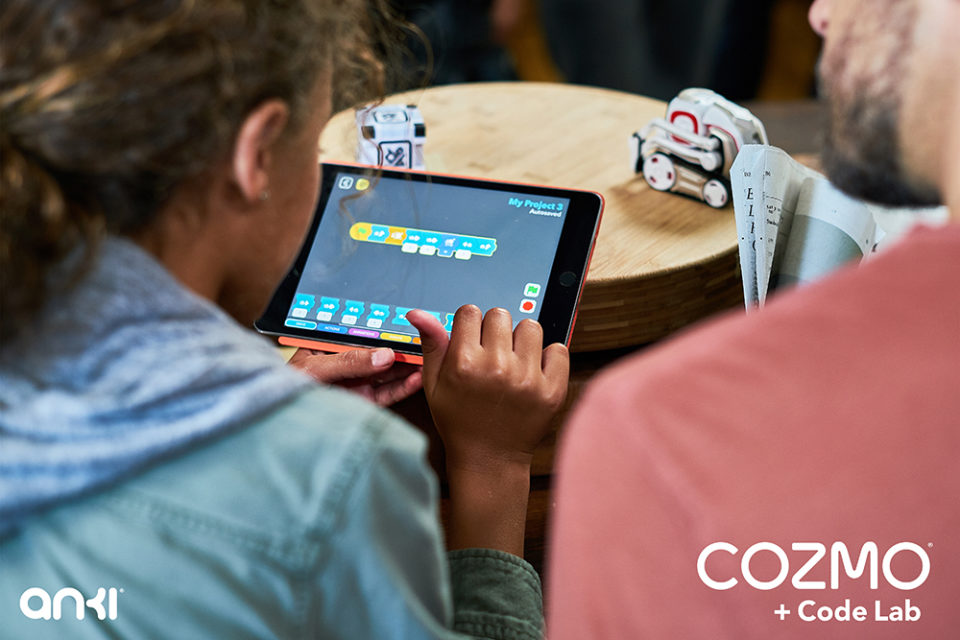 This ‘toy’ and the designers who designed it show us how often it is enough to look at a topic, in this case the robotics, from a different point of view, move the lens to imagine new unexpected solutions. Moreover, Cozmo demonstrates that the trend in the field of Artificial Intelligence is to create more human devices, which also have imperfections, but which are closer to human’s way of thinking and relating:

“Looking at the general field of human-robot interaction and humans interfacing with robots or Artificial Intelligence programs, I think that personality and emotional connection are the context in which they will continue to develop.” 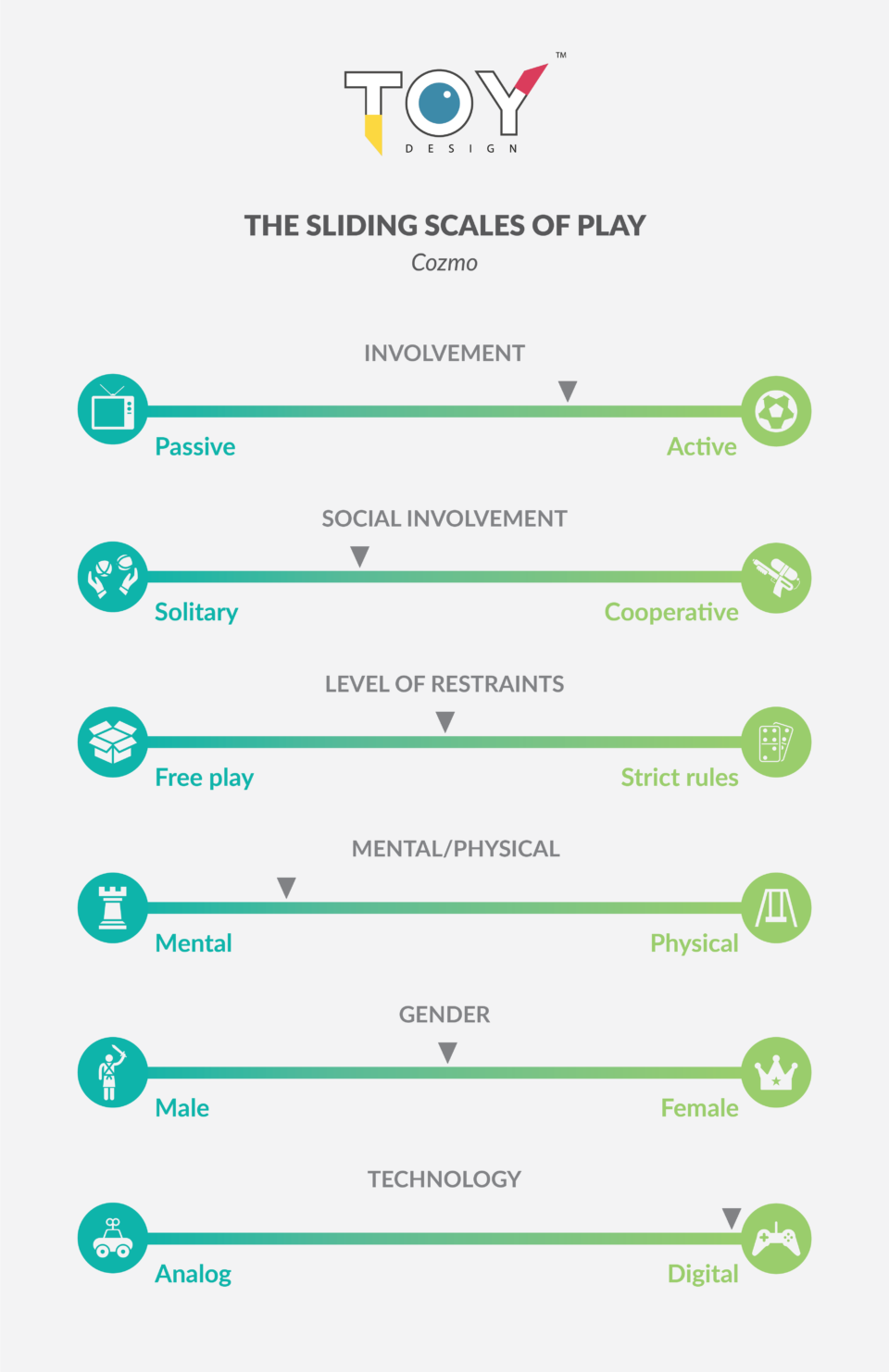