As a designer I feel a sense of slight satisfaction in seeing beautiful products; if I then discover that they are not only beautiful to look at, but also easy and fun to use, well designed in all their parts, this satisfaction grows with the desire to share my reflections about it. This brief digression is to explain my state of mind when I discovered Yoto, an audio player designed for children…actually calling it audio player is a bit resizing, but let’s go one step at a time!

The birth and development of Yoto have a lot in common with other toys that we have told you (here for example): starting with parents struggling with the concerns of the ‘modern world’ (new technologies and the impact on life and children’s health in the first place) to arrive at a successful campaign on Kickstarter in 2017. There is also an Italian influence in the birth of this product, in fact the founders took inspiration from the teachings of Maria Montessori to create an audio player designed for children; In particular, it had to be a toy that could allow the child independence of use and that combined the effectiveness of the analog game with the potential of digital. 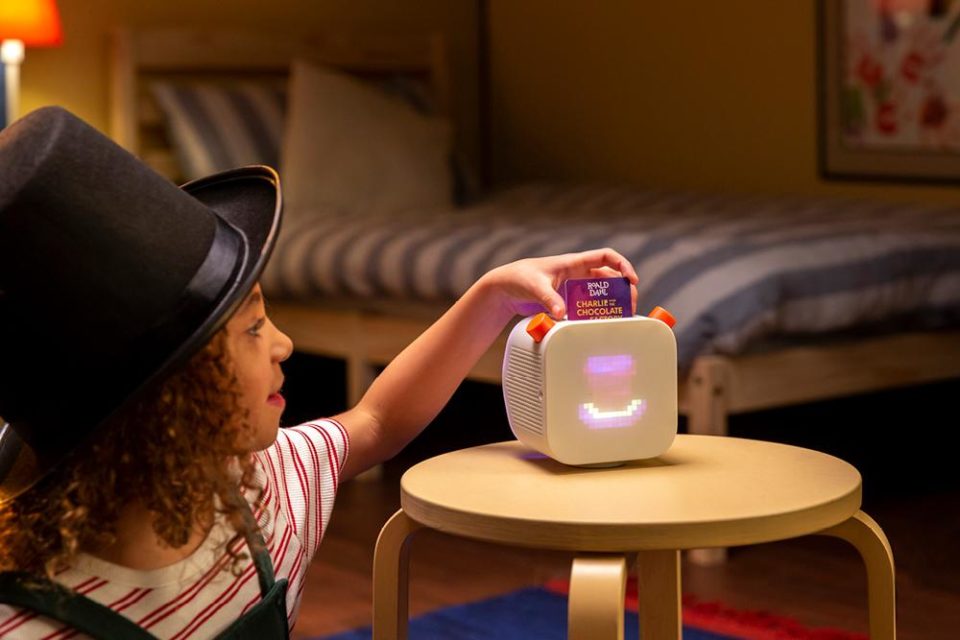 The turning point was the collaboration with Pentagram, one of the best known design studios in the world (designer, among others, of the rebranding of Fisher Price) which was entrusted with the whole design of Yoto, from the identity, to the product, up to the communication. In addition to maintaining an exemplary coherence in the whole image, which is not surprising given the decades of experience and the nature of the studio, this has made it possible to develop a dynamic user experience and an harmonious and detail-oriented strategy, both in the content and communication. 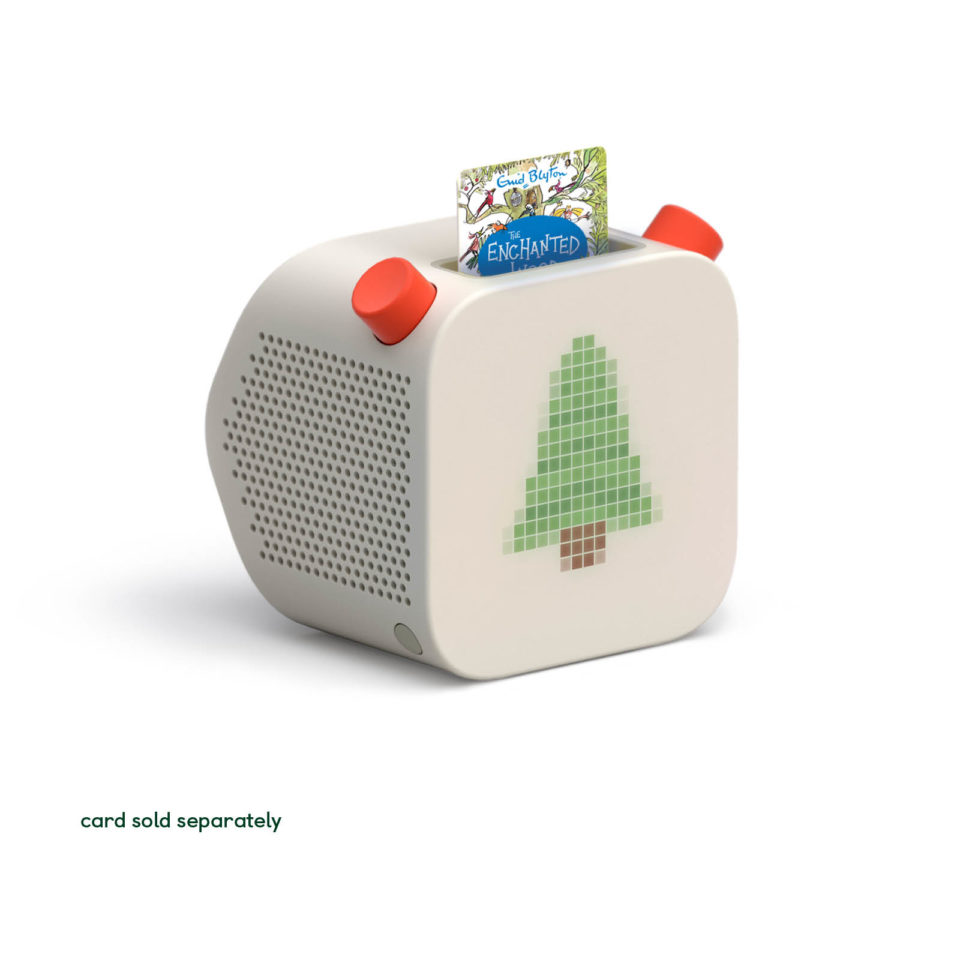 The question at this point is: ok, but what is it? How does it work? Why an audio player designed for children is so special? Yoto is a rechargeable speaker that plays audio content through analog cards, it has a 16×16 pixel matrix on the front to display information such as time or weather conditions and two buttons on the sides of the hole for the cards. These are used to adjust the volume, set the device and choose the desired function; In fact, Yoto also acts as a radio (‘Yoto radio‘, a dedicated channel with selected content) and as a transmitter for ‘Yoto daily‘, a series of free daily podcasts. Finally, it has a LED strip along the side profile, colored and programmable as a night light.

It is also interesting to get to the bottom of the business model adopted by the company: the customer first of all buys the speaker and then the card packages. These contain stories, activities, music and podcasts (consider them as a kind of CD) and can be purchased separately on the ‘Card Store‘; as a result, the customer will not be ‘lost’ after buying the game but rather loyal thanks to the purchase of new content for Yoto. In addition, by joining the ‘Yoto Club‘ membership program, you will be able to receive new card packages directly at home 4 times a year, with exclusive content. The cards, like the blades in a rechargeable razor, are the keystone of the economic strategy of the project which without them is incomplete. 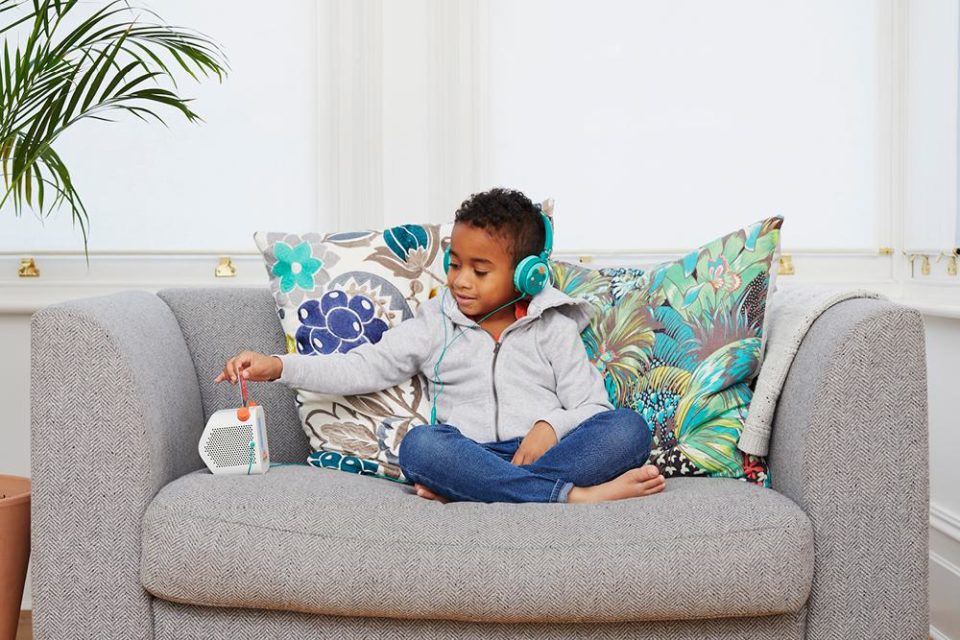 Finally, some aspects related to the communication project that I would define child-centered deserve to be mentioned, starting with the recurring claim ‘Kids in control’, which can be found on the packaging, on the website and which is explicit in the promotional and explanatory videos (look at them, you will not regret it). The tone of voice used is very funny, but clear and direct; one gets the impression that the designers have decided to treat children ‘when they grow up’, thus obtaining a winning result also on the parents’ front. On the other hand, the goal of leaving the control of an audio player designed for children totally in their hands implies an ad hoc project that reassures parents about leaving their children alone with a connected and largely digital game. In this article we had analyzed some of the recurring fears related to ‘smart’ toys, fears that are absolutely understandable but which the Yoto designers have eliminated at the base: ‘No camera, No microphone, No ads’ reads the description of the toy, a reassurance first of all, but also a design philosophy demonstrating that can be invented connected and intelligent toys that respect privacy without giving up the fun of the child. 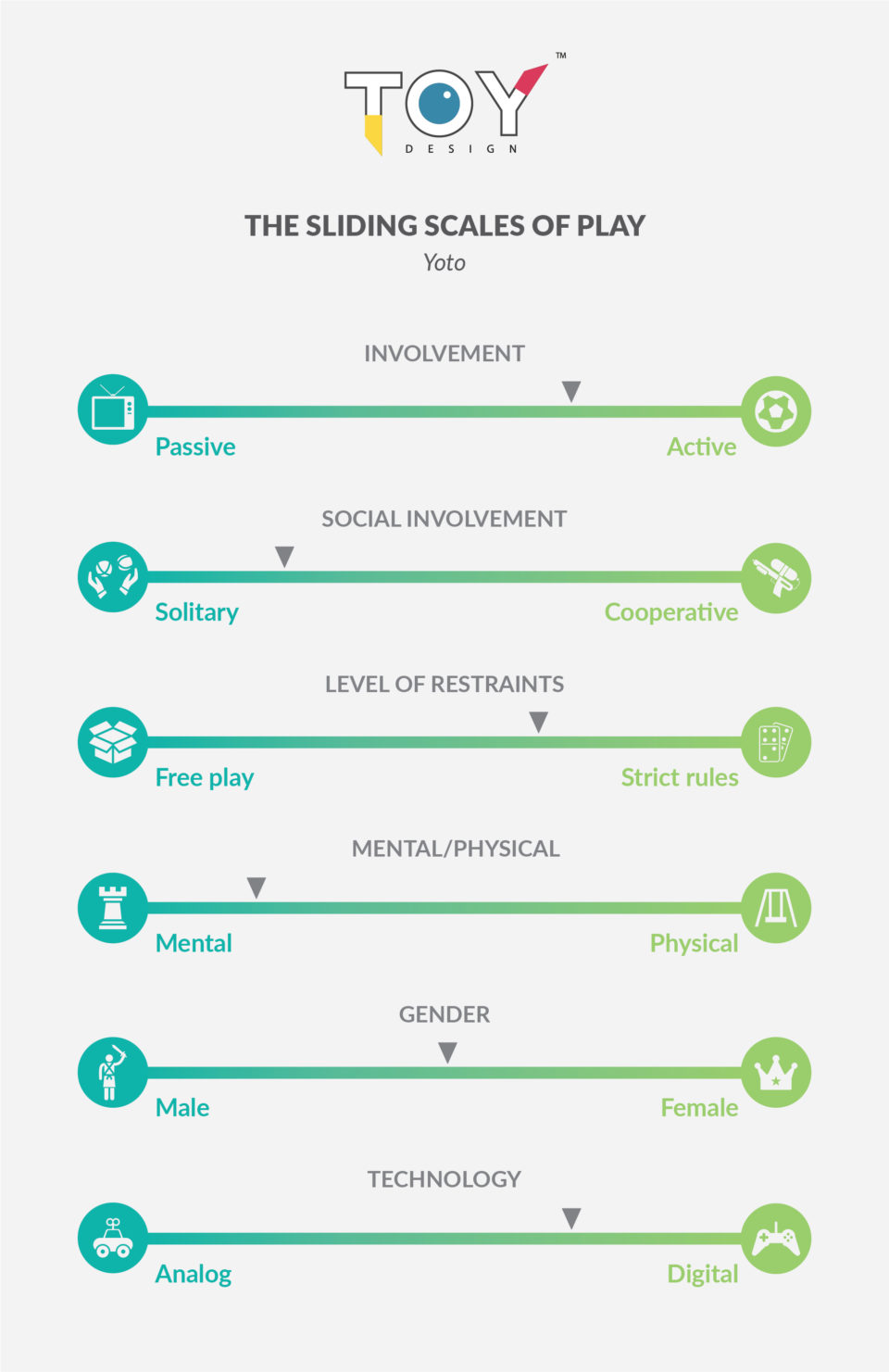