Teaching coding to new generations is one of the trend topics nowadays. There are so many toys developed over the last few years that explore this topic, and are more or less effective in presenting educational solutions appropriate for various age groups. In this buzz stand out LEGO Boost, a kit to teach coding to future adults.

We live in an era of big changes and is clear how technology is evolving taking big steps and ‘software’ is becoming central in everyday life. From applications to services, ‘intelligent objects’ to toys, the intangible component that animate things is increasingly there. This is not a criticism, but an analysis of the actual transformation that emphasizes the importance of teaching children this skill of the future. And not because in few years all the jobs will require to know how to code. The discipline of coding, among other things, educates children to computational thinking, a mix of math and logic to look at the world with a different perspective and address complex problems by ‘dismantling’ them in sequences of smaller problems. 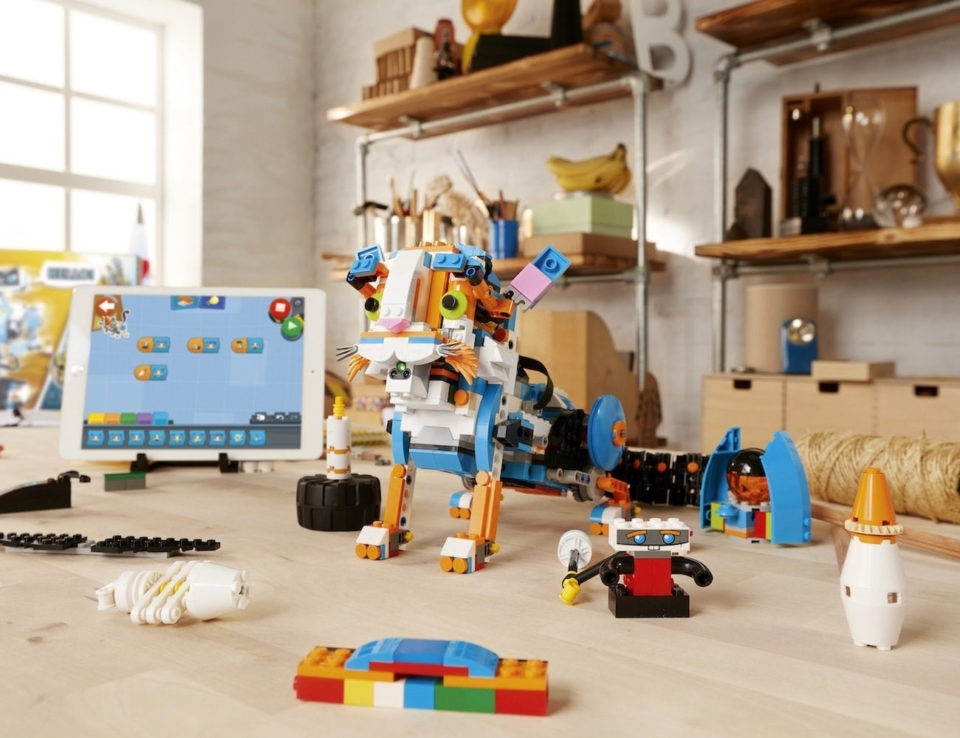 Starting from these assumptions, the Danish toy giant recently launched a kit to teach coding to future adults. As in the 1950’s, the colored bricks had a huge success, becoming the passion of so many generations of children and adults, LEGO Boost was welcomed by critics and market as one of the best toys between analog and digital. The toy wins the ToyAward of the Spielwarenmesse 2017 in the SchoolKids category, even before the official launch on the market. 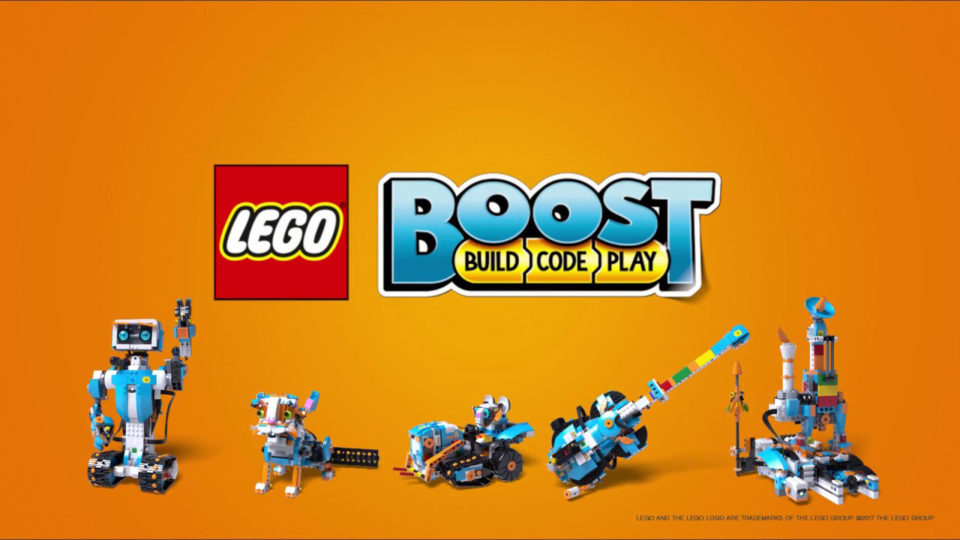 LEGO Boost consists of 847 bricks, the LEGO Move Hub (an interactive engine) and a distance and colors sensor that allow you to build 5 different models: Vernie the Robot, Frankie the Cat, the 4000 Guitar, the Rover 4 Multifunctional Machine (MTR4) and a kind of 3D printer. The age range is 7 to 12 years old and the kit also includes a tablet application. This is the heart of this kit, both educationally and functionally: at first it serves as instructions for the construction of the 5 different robots and then guides the programming and animation of the toy. 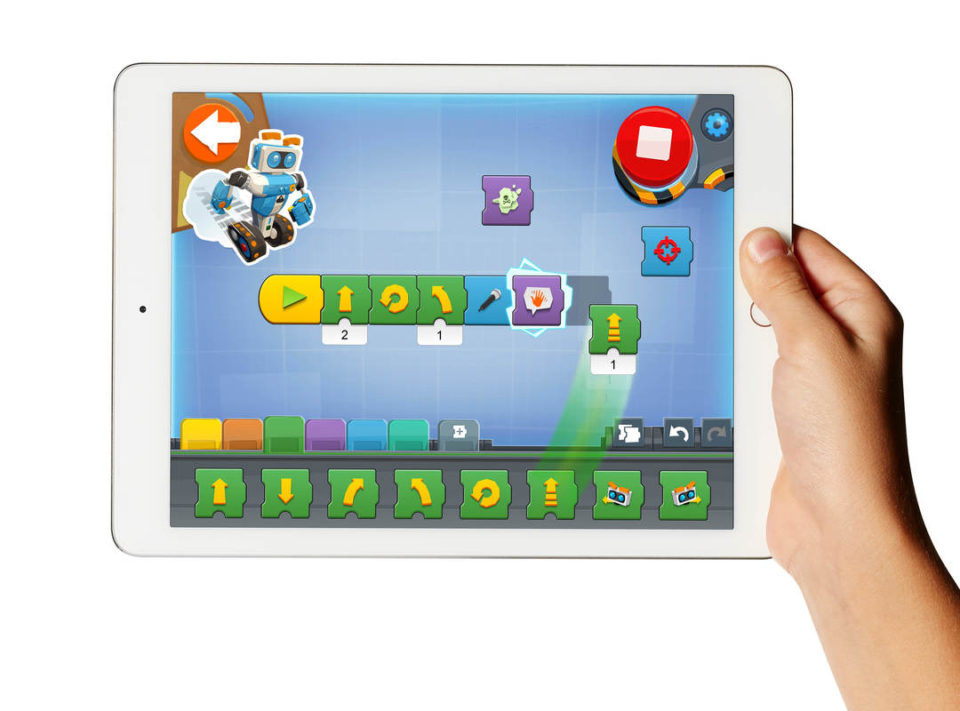 The application interface is one of the successful components of this toy. It’s designed in a simple and intuitive way, without any text and using only icons easily understandable by children. It begins with the choice of the robot to continue, step by step, with the instructions for construction, and then with the programming of actions with growing difficulty. This process helps the child gradually learn by giving him a tangible recognition each time for his work. 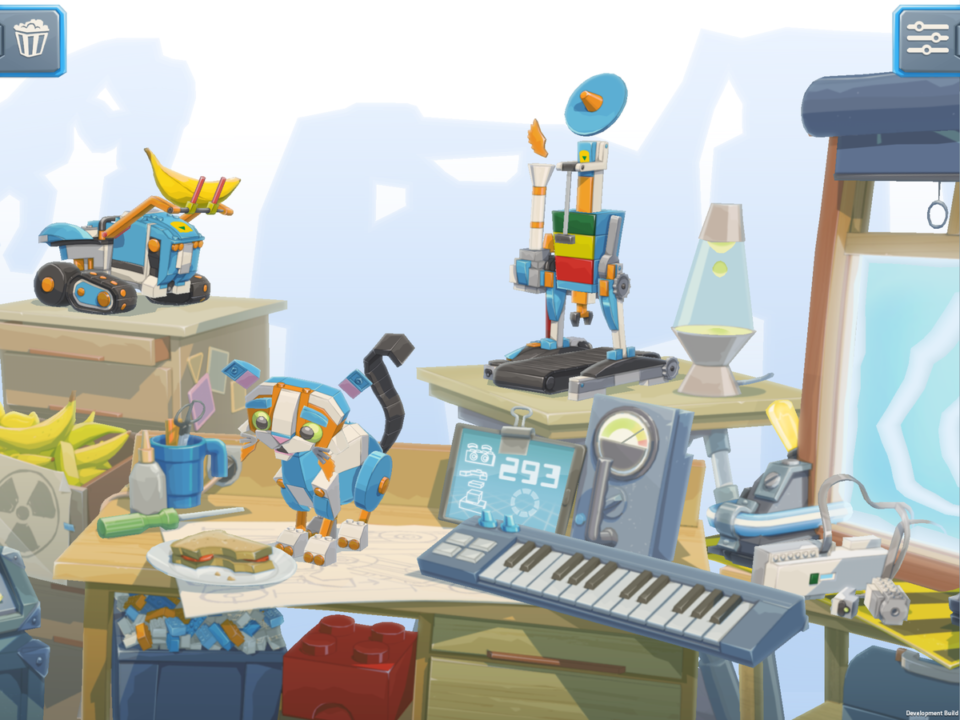 We’ve already talked about how important it is to design a toy with the right balance between analog and digital and LEGO Boost combines the traditional charm of LEGO building bricks with intuitive programming. This aspect makes the toy stimulating for children (even for nostalgic parents), who see their construction animate, interact and respond to their commands. 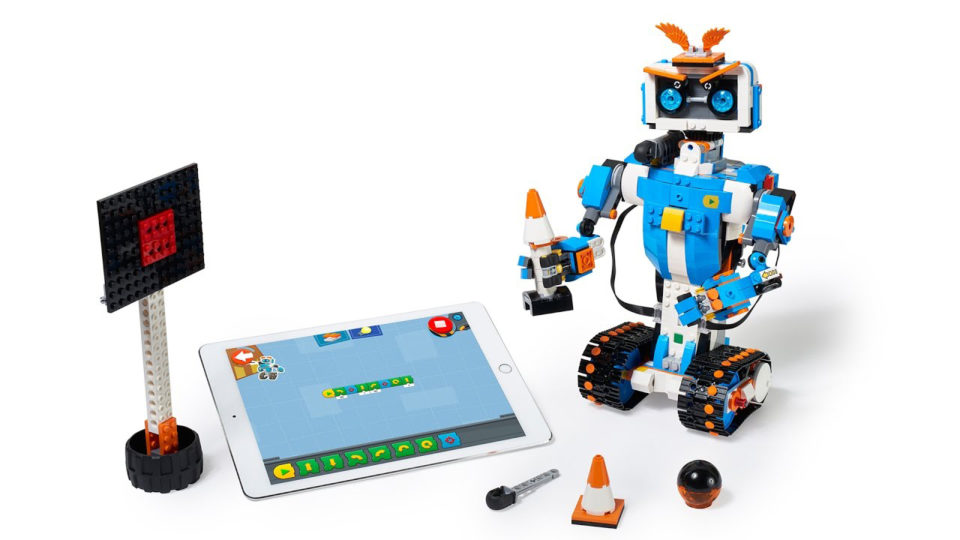 Surely the Danish company was not among the first to cover the path of educational and coding toy, actually it comes almost late than the other. LEGO Boost, however, demonstrates that while designing a kit to teach coding to future adults there are many factors to consider, including a well-structured research and a 360-degree design of gaming experience. Every detail in the user experience is cared in detail, from application to assembly, from disassembly to build a new character. This kit also demonstrates how a toy company with a cumbersome and well-defined identity can reinvent itself according to market trends by presenting a well-designed and cost-effective product (that aspect does not hurt especially by analyzing competitors in the industry).