One of the most common wishes in the hearts of toy designers is to create a toy that can entertain all the children in the world, or at least as many as possible. However, we know that it is not an easy challenge, not by chance designers tend to design for the average user in order to satisfy the greatest number of people…the others will adapt! But when we talk about group games, there is no worse thing than exclude someone from participating from the beginning; and if we put ourselves in the shoes of a blind or with any motor disability child this situation could happen often. But playing together becomes possible thanks to inclusive design, and this is proved by the two projects showed in this article.

Before moving forward, however, I want to take a step back and briefly introduce you to inclusive design or design accessible to everyone, even to those with some disabilities. It is certainly not a new theme, just think that Universal design and Design for all are methodologies that have roots in the 60s of the last century; the results, however, are not easy to identify, both because they ‘don’t make the news‘ by remaining in the limbo of insiders and because the design outputs often fail to match the mass market. Consequently, these products remain intended for a small group of people, often with disabilities, rather than being for all. If we look at design for disability, the conversation deepens with complex and aesthetically questionable products, often discriminating solutions that do not consider the human aspect or the sensory and emotional pleasure associated with the use of an object. Inclusive design aims to eliminate the concept of the average user and push to design for including the differences; it is possible to design to enhance the peculiarities of each individual with harmonic outputs, it is possible to design objects that don’t have to be ‘for someone’ or ‘even for someone’ but which are for everyone. 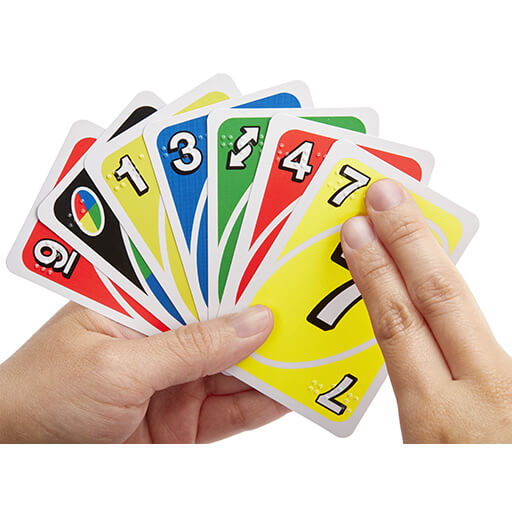 The first case to prove you that playing together becomes possible thanks to inclusive design comes from Uno, the card game, which takes a step further in this direction with Uno Braille, a new deck of cards with Braille inscriptions in one corner to allow the blind to recognize the number and color of the card, however printed as in the traditional version of the game. Through this game, and to the commercial strength of Mattel, the manufacturer, inclusive design can reach toy stores in every city and have an equal distribution of other products. This is confirmed by Mark Riccobono, president of the National Federation of the Blind, who collaborated in the design of the game:

UNO Braille is doing more than just making this beloved game more accessible; it also helps to promote the importance and normality of Braille by inserting it in places that people might not expect and integrating it among the games of blind children [Mark Riccobono] 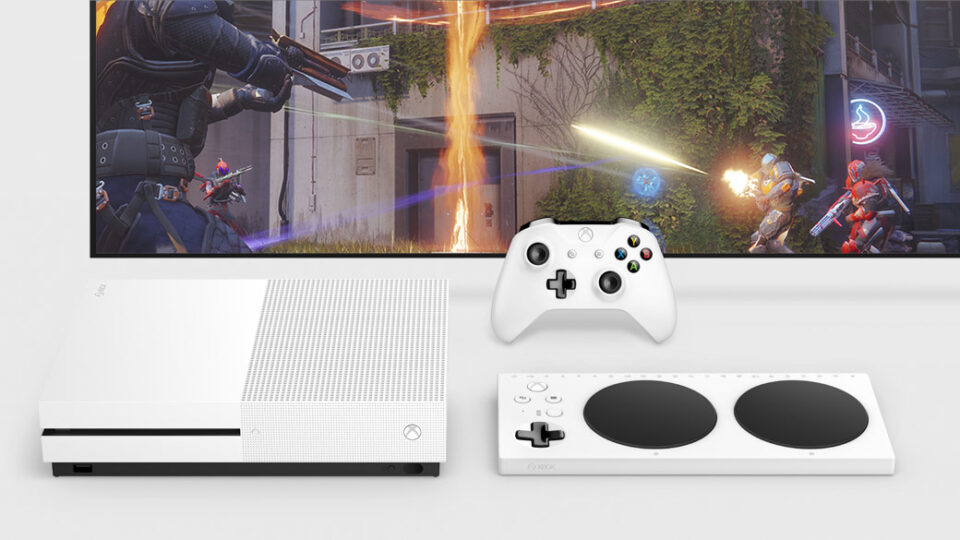 Even in the world of gaming playing together becomes possible thanks to inclusive design and thanks to two leaders of the industry: Microsoft and Logitech. The first with the Xbox Adaptive Controller and the second with the Logitech G Adaptive Gaming Kit, respectively a joypad and a kit of accessories for the same, suitable for the game by everyone, without limitations. The joypad, in addition to being aesthetically clean and in line with Xbox products, is designed in a functional and ‘open’ way because it allows, thanks to the 19 jacks on the back, to associate any extra device becoming a hub for buttons and necessary accessories.

But it is with the participation of Logitech that this product, already interesting in itself, acquires an extra value; Logitech G Adaptive Gaming Kit is a set of 12 accessories (Velcro tablets, buttons of various sizes, etc.) designed to be associated with the Xbox joypad, fully customizable by the user who can set each of them according to the different games on the console. This set also respects the attention to aesthetics and detail and the combination of the two products is the envy of able-bodied gamers who can glimpse new scenarios and game possibilities, as well as new opponents! 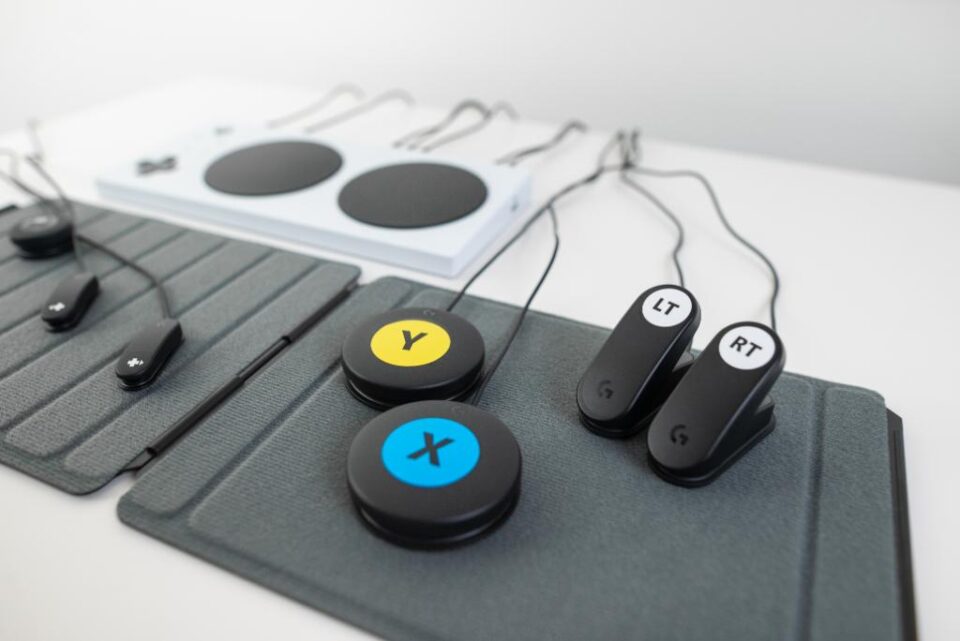 Playing together becomes possible thanks to inclusive design and the fact that three big companies like the ones mentioned in this article are going in this direction bodes well. We don’t say this because we care about large companies, indeed are often small realities (design studios, companies, associations …) that lay the foundations for research and discussion, but it is inevitable to notice that the moves made by these well-known names contribute to indicate the new directions of the market, and turn the spotlight on little-explored issues…and if we talk about inclusive design it’s good to talk about as much as possible.
If you are interested in the topic, I suggest you to spend another 5 minutes to watch the video below about the development process of the controller and the kit with interviews with disabled users who contributed to design and test the final product.

DESIGNTOY Blog STORYTELLING THROUGH DIGITAL AND PHYSICAL GAME30 July 2019 — by Fabio Guaricci
Usiamo i cookie per assicurarti la migliore esperienza di navigazione sul nostro sito. Per continuare ad utilizzarlo accettare il loro utilizzo. - We use cookies to ensure that we give you the best experience on our website. Please accept to continue to use this site.OkRead more