Innovation in the toy world can born in many ways, with a new material, a new technology or ideas out of the ordinary. Sometimes happens that the difference starts from a strategy, a series of choices and actions that leads a company to position on a different level than its competitors. This is the case of Sago mini, a toy designers studio, a place of contamination but above all a company, a brand that deals with designing a storytelling through digital and physical game for preschool children. This Canadian reality is particularly interesting for the wide approach to the project and for the business planning that has carried out from 2013 to today. 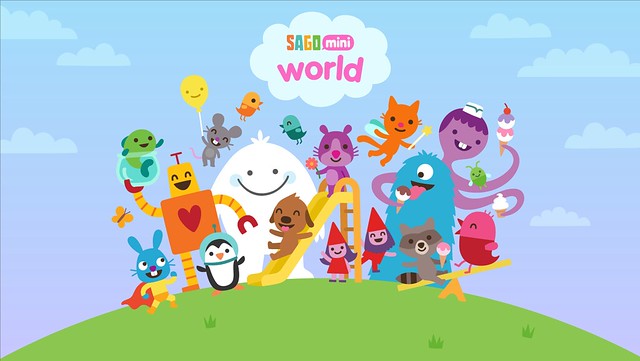 Currently the company has about 35 apps developed and sold on the main app-stores and as many physical products distributed both online and in hundreds of stores in Canada, America and Europe. With an average of 1,400,000 apps downloaded per month it is certainly stimulating to start from these numbers to realize the brand development strategy in these 6 years. At a first level of “superficial” in-depth analysis, the social media strategy, especially on Instagram, is of great impact: well-designed video content, an empathic narrative of the product towards parents and a qualitatively selected team of influencers. (to deepen this aspect is interesting this interview).

But the company does not live on marketing alone, just take a look at the Sago mini team to realize how many figures contribute to the design and development of an app or a toy, each one with a very specific professional qualification. It is a multidisciplinary but specialized team in which we find from the sound designer to the play designer (who is different from the toy designer) and then developers, illustrators, artists, experts in e-commerce and brand management. All essential figures that, when it comes to inventing a new game, respond to a single boss: the child! Sago mini in fact, to create storytelling through digital and physical game, organizes monthly prototyping sessions with primary and secondary users (children and parents) to test the products under development, verify the gaming experience and direct the further design steps.

“[…] Our audience really can’t read. Instructions aren’t going to be of use. They like to feel their way through things and sort of experiment, so I always consider our work sort of a lean version of UX (user experience) design… We looked at the way kids play with physical toys and we kind of replicate a lot of that stuff in digital form.”

Fast prototyping and observation allows to create quality products that are immediately understandable, reducing the risk of a potential failure at the market launch, in particular regarding the digital product. The testing phase does not only involve the child, but also the parents, held in high regard by the brand not only as passive users during the purchase phase. An interesting element about is the ‘Letter to parents’ that goes with each Sago mini product; here the company speaks directly to the parents explaining how and why a product was born and what the topics of conversation with your child can be after having used an app, to stimulate a discussion since the tender age that goes beyond the game in self. 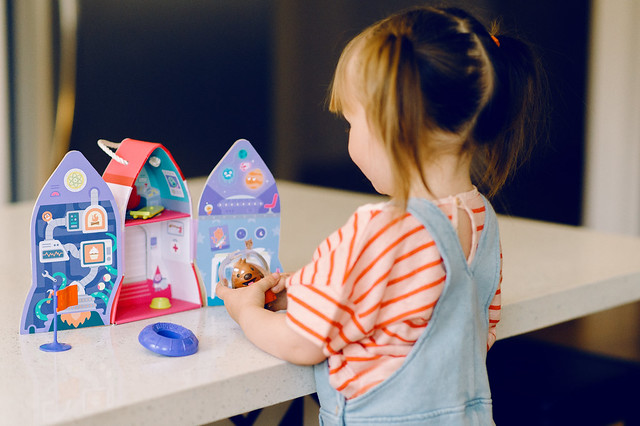 Moreover it’s quite unique the storytelling that Sago mini has created around its products, in fact everything revolves around characters created ad hoc and protagonists both of the apps and of the physical games. The four main characters are animals with a specific personality, a defined character and passions that easily match with those of small users. This allows a fluid and hybrid game experience that goes from digital to physical, from an app to a toy, maintaining consistency and continuity in themes and contexts, as well as greater loyalty both to the child and the parent. Think of the role that cartoons play in the toy world; It is common practice for many companies in this sector to purchase a license to use the image of a character in vogue among children, and to produce a series of toys to maximize sales on that specific theme, at a given time. Sago mini has exploited this logic “internally”, creating an interesting storytelling through digital and physical game around its own characters and adapting it to its target audience. 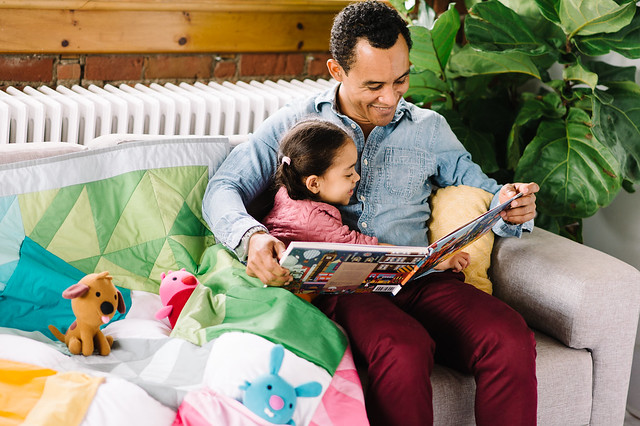 In conclusion, Sago mini deals with design with a broad, all-round vision, the brand does not develop the game itself but has a wider project as a compass that includes a variety of products linked to each other and an easily sustainable development strategy. This company demonstrates that there is a different way to design a storytelling through digital and physical game, experiences that go beyond the toy with sensors connected to a device and that are user-centered, both in the design phase where the child is an essential part of the design team, both in the game experience phase.

DESIGNEDUCATIONALSOCIALTOY News Awareness Toys at Games for Health Europe and on ADI Design Index 201925 November 2019 — by Fabio_Guaricci
Usiamo i cookie per assicurarti la migliore esperienza di navigazione sul nostro sito. Per continuare ad utilizzarlo accettare il loro utilizzo. - We use cookies to ensure that we give you the best experience on our website. Please accept to continue to use this site.OkRead more