Among the many innovations that have gained popularity thanks to Internet and in particular social networks there is the great charm of unboxing. To introduce you to the subject, let me bring you back in time, in two different situations, but crossing across countries and generations.

You’ re at a birthday party at the age of 6/7 y.o. and the long-awaited moment of opening the presents has finally arrived. After run, eaten and shouted, you all sit on the ground, except for the guest of honor, not him. He has a much more rewarding task that only happens twice a year: Christmas Day and Birthday Day. The opening of gifts is something fascinating, the wait increases the feeling of surprise that has its peak when finally the paper breaks at the right point to reveal what was hidden. The audience is almost hypnotized by the sparkling boxes and the noises of torn paper, the curiosity to see the next package open is so great. The bithday boy instead knows he is the protagonist that day, knows that all the guests – adults and kids – follow his movements as they follow a ball during a tennis match and then dictates the rules of the game.

The second flashback on the other hand always brings us children but at home with fever. On television there is a chubby chef who cuts tomatoes like butter. Miracle Blade‘s teleshopping is one of the best known and aired in the world and owes its success to the personality of chef Tony and his ability to handle knives of all kinds, cutting anything around him. If you’ve seen this ad at least once, you know what I’m talking about, and you know how difficult it is to change channel.

These two stories help me to deal with the great charm of unboxing. This disruptive web phenomenon consists of videos of adults or children who unwrap different kind of products, including toys, describing their actions. Looking at an Unboxing video it feels a bit like a birthday party, with the typical satisfaction given by the noise of crumpled paper, and a bit like in front of chef Tony who tells us how nice and satisfying is to use his knives and he’s so capable that we’ll watch him in loop and we’d be willing to spend far more than the price on top of the screen.

Children are the most suitable viewers for this type of storytelling and for this reason are born dozens of YouTube channels with record numbers, one of many is Ryan’s Toys Review that boasts 13 million subscribers and more than 21 billion views. There is also a scientific explanation behind the success of Unboxing: according to Dr. Charlotte Keating, Australian psychologist and neuroscientist, it resides in the ‘mimetic desire‘, the idea that desire does not depend only on owning the object, but also from the fact that this is seen as attractive to others. This moves certain areas of the brain and the release of dopamine, neurotransmitter associated with the feeling of pleasure and reward that activates in the child the anticipatory desire to own that toy. 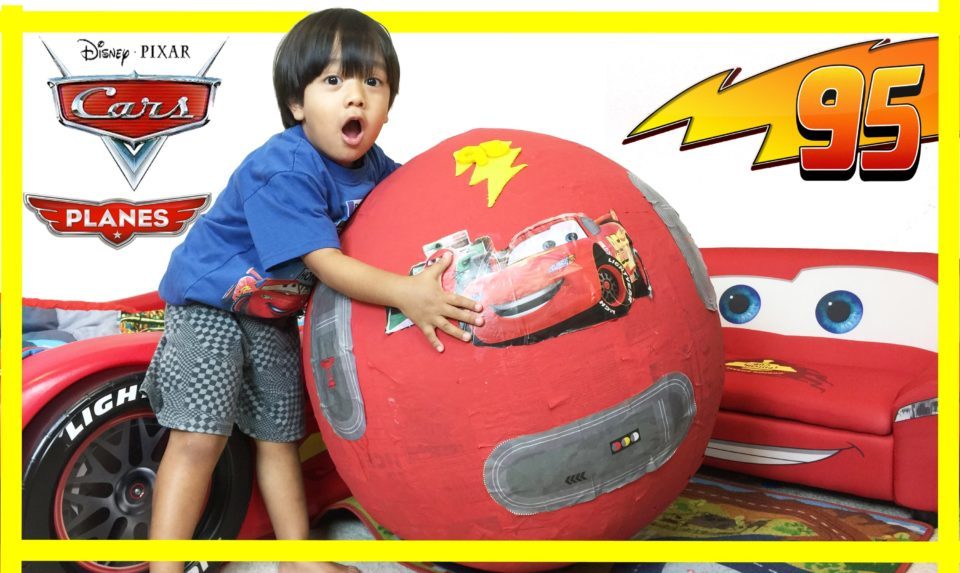 The most popular videos of Unboxing among children are those about toy eggs, of any size and brand, and on the surprises inside them. One of these is from the FunToy Collection channel and has reached more than 110 million views. Looking at it with an analytical eye, there are some elements that we can define as milestones of this category: the narrative voice with a ‘musical’ tone and colored, shiny nail polish are two of them. It is therefore clear that these films are no longer ‘amateur’ and that the study and work behind this new marketing strategy is a lot and in continuous evolution.

Who probably has ridden the wave of the great charm of unboxing better than others is Isaac Larian, an important personality in the toy industry and founder of MGA Entertainment. The toy of the year, LOL Surprise and Big Surprise, was designed and developed by the team of his company and just 5 months after launching it had already sold 2.5 million pieces. LOL Big Surprise is based on the concept of ‘Unboxing and gives to the child a unique experience: it is a hemisphere that contains seven levels of surprises, for a total number of 50 eggs to unpack to reveal the content.

The most interesting part of this toy is that it has been able to leverage on a common desire to all the children of the world, making them protagonists in the experience of unboxing. At the base of this toy success there’s certainly the marketing campaign: the launch of the product was done through Unboxing videos on YouTube with global coverage, which led to an unexpected sales return for the same MGA that had to immediately increase production volumes. This move, besides cutting down the cost of television advertising, has consecrated social media as a favorite medium for the future of the toy market; every photo on Instagram or Facebook and every new video of unboxing becomes fundamental and gives new life to the sales campaign.

We can not tell if this strategy will continue to amaze even when the great charm of unboxing becomes inflated, what we know is that it’s certainly the proof that virality passes through the consumer itself and is most likely when what appears to be spontaneous and as “real” as possible from an emotional point of view.

“There was a time in the industry where you just made a commercial for the toy and put it on TV… that trend is completely over. Kids rarely watch TV now – they’re all on YouTube”