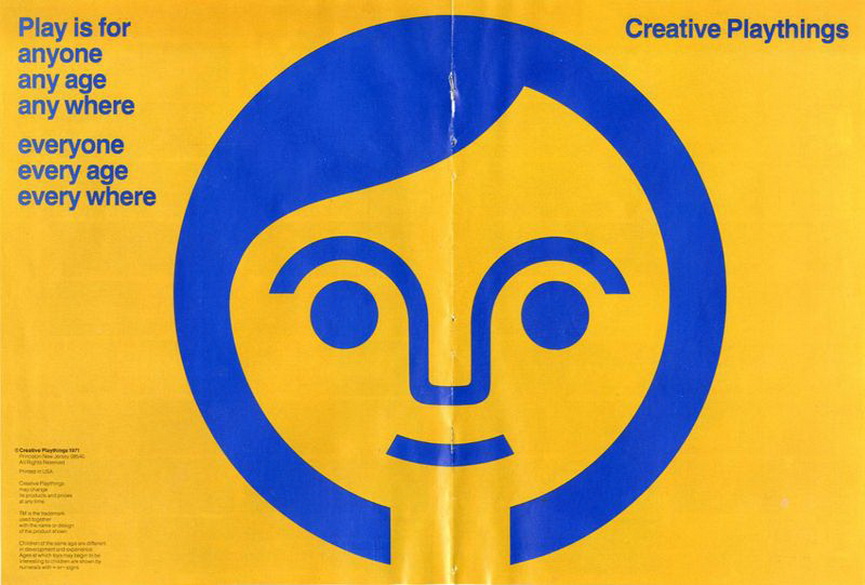 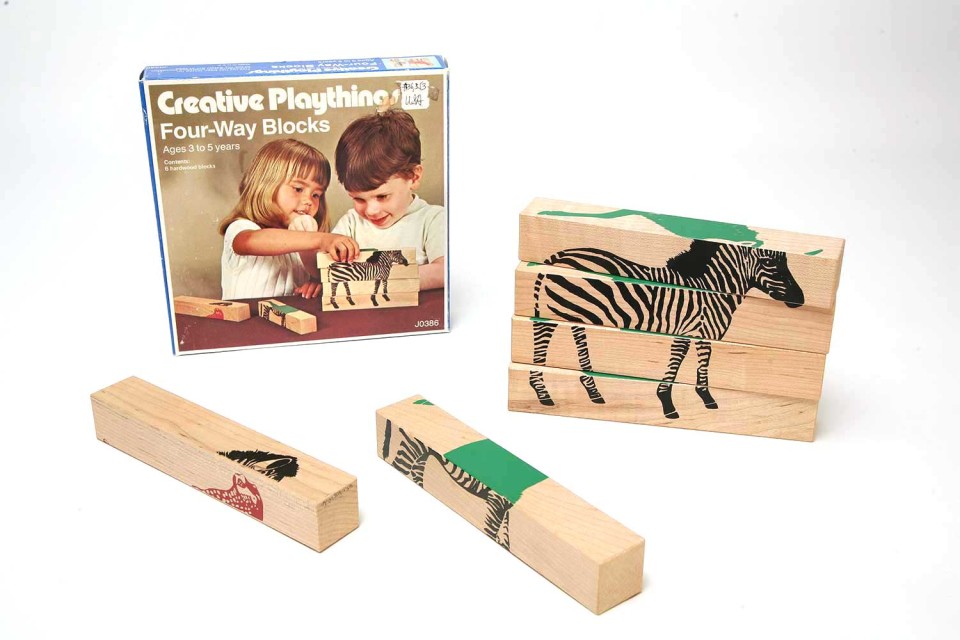 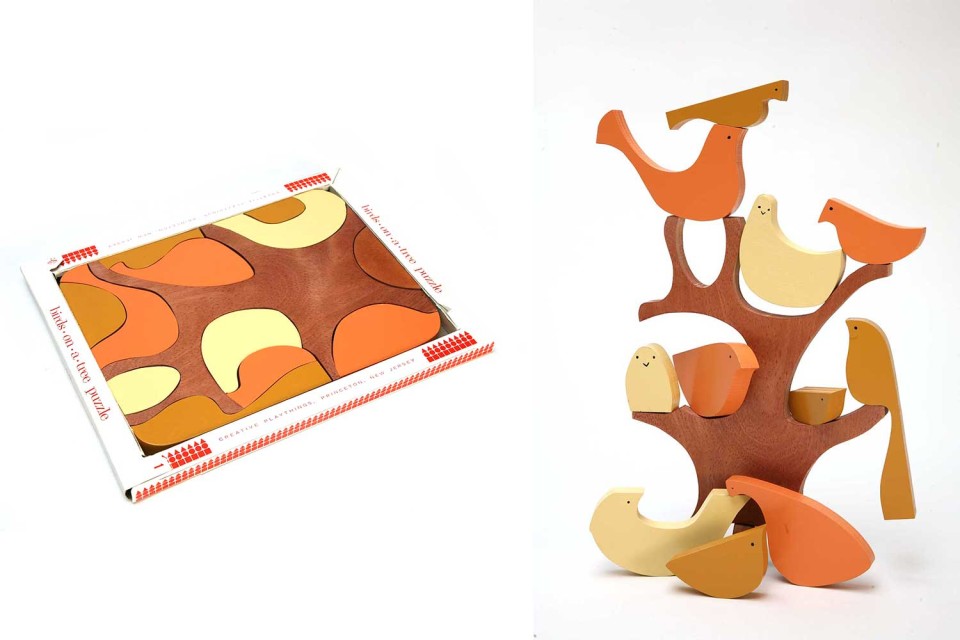 Creative Playthings was established by Frank and Theresa Caplan in 1945 to provide simple and beautifully designed toys to promote a child’s imagination and creativity .

As many new enterprises, initially, they made hardwood building blocks themselves to sell in their store, often cutting and sanding the sets while customers waited in the shop. They then added vehicles, animals, people and other toys. Caplan wanted to provide unpainted abstract forms in order to emphasized shape, color and texture, as opposed to reality-like details. The idea was to trigger child’s imagination. These and other products exemplified the concept that design for the unstructured play is the way children can use their imagination and thus shape their individual personality, rather that play with determined forms made by manufacturers.

I like this quote from Caplan in the catalogue of 1949

Play has a basic role in the drama of a child’s development. It is a serious business for the child, his true means of learning and growing…Every child should have a wide variety of play materials to evoke in him a spirit of inquiry; to develop physical manipulation to the fullest; to stimulate creative expression. He requires not only the miniatures of real objects in the adult world, but also building blocks, clay, finger paints, et cetera, that he can adapt to his particular needs.

EDUCATIONALTOY Blog A CROWDFUNDING TO DEVELOP CHILDREN'S CONCENTRATION15 October 2018 — by Fabio Guaricci
Usiamo i cookie per assicurarti la migliore esperienza di navigazione sul nostro sito. Per continuare ad utilizzarlo accettare il loro utilizzo. - We use cookies to ensure that we give you the best experience on our website. Please accept to continue to use this site.OkRead more