We live in a world where technology breakthrough run fast, so we asked ourselves how toy designers can use technology to educate. New technologies for the users change, and often simplify, the way in which we approach our daily reality and not only. Among many sectors involved there’s also the education: school is slowly leaving its skin made out of books, exams and memorization to wear the one of new ways of teaching, often based on learning by doing.

From this principle born the idea of Peer, a mixed reality platform that combines analog and digital elements to engage the students, making tangible some complex and often abstract concepts like aerodynamics, acceleration or sound waves. The idea and the entire product-service system were developed by Moment Design, a design consultancy based in New York that saw an innovation opportunity in the education field through the combination of virtual reality and prototyping.

The design team, researching to develop Peer, on one hand deepen the topic of virtual reality on the other get down the field in some American primary schools, from the more traditional to the ones that already use innovative methods. For the moment the system is aimed for kids between 9 and 14 years old and portray a complete and balanced experience between technology and education, potentially relevant to others subjects and age targets. Surely is a good example of how toy designers can use technology to educate.

A typical science class with Peer starts from the teacher explanation to his pupils of how, for example, aerodynamics principles work; everybody wears a vr viewer in the kit. The second phase is the analogic one: students take off their viewers, build a wind turbine model and test empirically its operation. The third and last phase is the feedback one, pupils wear again the viewer and they can adjust their models to make them more efficient and see how the combination of their wind turbines produce energy to feed a small city. 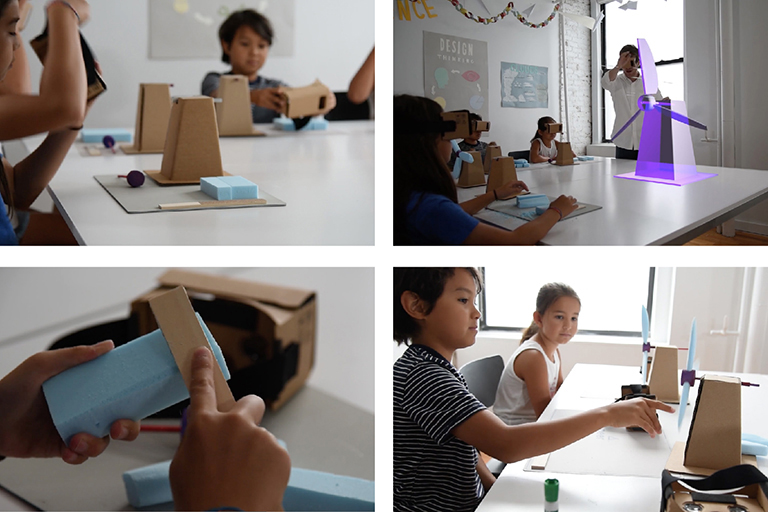 The technology behind Peer rest on the combination of sensors and viewers and allows the kids to visualize, learn and deepen the topic thanks to the immediate reaction of cause and effect that they see in front of them. 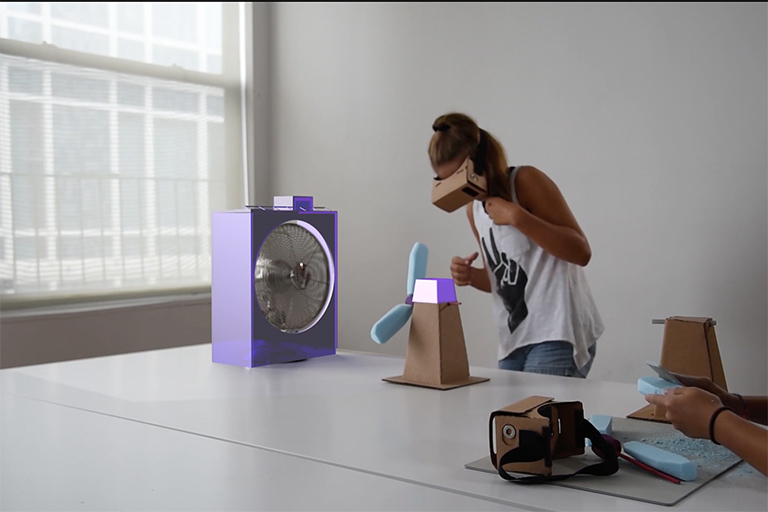 Peer’s educational approach proves to be a lone voice in the introduction of technology in the school system. In this case is not about giving a tablet to every child, introduce interactive blackboards or design something that isolates the individual pupil from the rest of his mates. On the contrary Peer turns out to be an excellent example of how toy designers can use technology to educate and how virtual reality can be a parallel dimension to support knowledge, pushing students to work with their own hands and work with classmates and teachers to achieve a common goal.

“We wanted to find out whether VR could be useful in enhancing—rather than replacing—the existing educational environment, while augmenting the teacher’s abilities, rather than usurping them, VR is often simply reduced to a storytelling medium, but we believed it could be used in a more integrated way with the real-world environment, more as a ‘tool’ than as an ‘experience.” 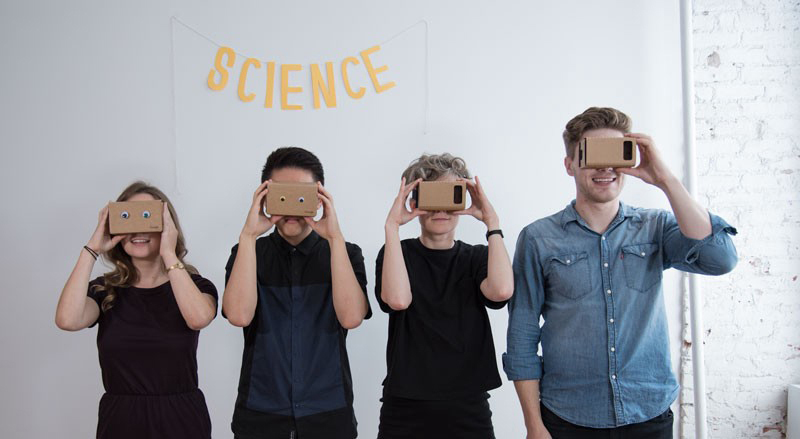