Children have an innate love for stories. Stories allow kids to communicate thoughts and share feelings with others and it can be innovatively improved using wooden toys that can teach kinetic arts.

LINKKI is a kinetic construction toy based on planar linkage mechanism which children can use to design movements, make kinetic arts and learn basic STEM subjects while playing.

The traditional 2D storytelling such as in films and comics seems to have popped up from the flat page, screening into the 3D physical space, also with interaction. Eun Young Park designed and experimented some works trying the potential of the movement for telling stories.

A series of experiments with movement and interaction were carried out and ended up with the installations called Mechanical Cartoon:

Working on these works she noticed the strong need for a simple and intuitive tool for this specific purpose: designing movement. Especially in prototyping the Mechanical Cartoon study 2 she was intrigued by the linkage mechanism of parts with each other.

The lectures of Erik Demaine and Chuck Hoberman also opened her eyes for the capability of LINKKI to enable sophisticated movement design just by connecting bars. She actually bridged separate fields, from origami to DNA folding.

Another inspiration came when she found the Friedrich Fröbel’s educational Gift and toys of Bauhaus artists and other modernist artists.

Symbolizing life, science and art with the same abstract material to realize the interconnectivity and unity of them.

So the idea of LINKKI was born, with this background, becoming an educational toy to learn about kinetic design and physical interaction. 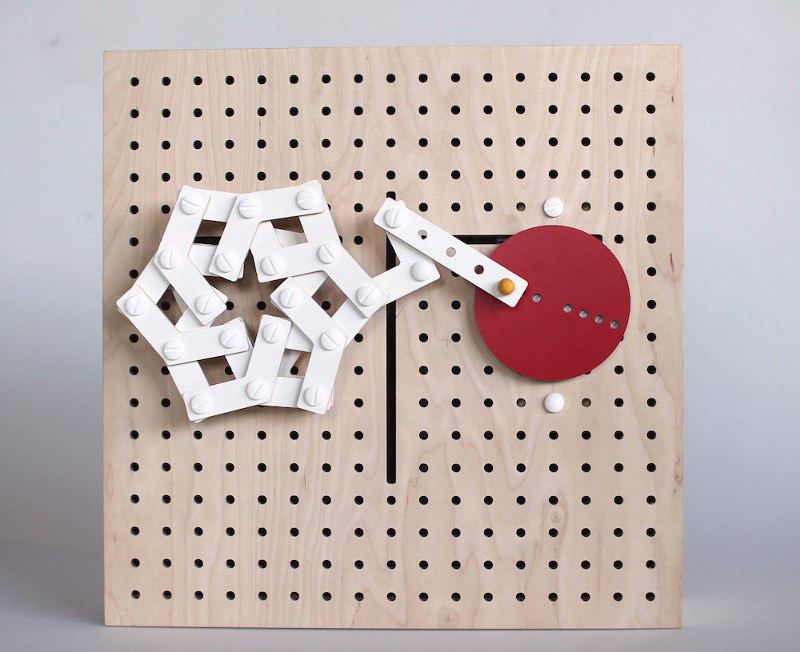 The key for this toy to work as design platform is its simplicity and flatness. The flat mechanism makes the design process fast, easy, and intuitive, where engineering, mechanics, robotics, electronics and model making is involved. But it feels just like drawing on the paper! Furthermore, flat parts also enable children to make their own parts with materials such as paper or cardboard, that is, it’s easy to hack and open-ended.

The LINKKI building set is formed by 16 types of bars with four different shapes (perforated, with slit, angled and triangular) and also two different sizes circles. Even if you can make moves manually with a hand crank you also can use three types of motors: full rotation, limited rotation and interactive motors. 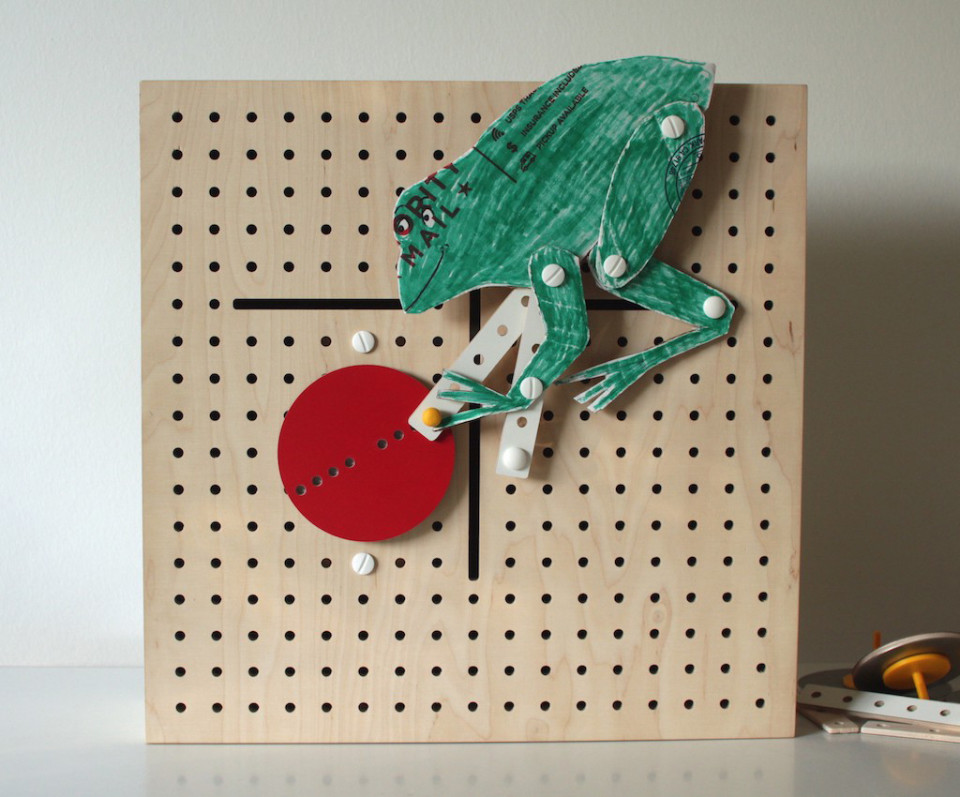 With LINKKI users can design movements whether for kinetic prototyping or for storytelling. Besides this primary usage of the toy, it also can draw traces on the paper from the linkage of parts, and the drawing mechanism can be driven either by a hand crank or a motor. Inspired by the traditional drawing tools such as ellipsograph, based on linkage mechanism, the designer tried to prototype as many linkages as possible to draw. You can see them on her linkage drawing blog.

LINKKI is being still in its prototyping stage, but you can start playing with it in different workshops and maker fairs. Enjoy!