The Empathy Toy, originally designed in collaboration with the Canadian National Institute for the Blind, is a 3D puzzle game designed to bridge the communication gap between visually impaired students and their sighted classmates. At the same time it is designed to teach the fundamental questions of orientation and mobility: “Where Am I?”, “Where Am I Going?”, and “How Do I Get There?” 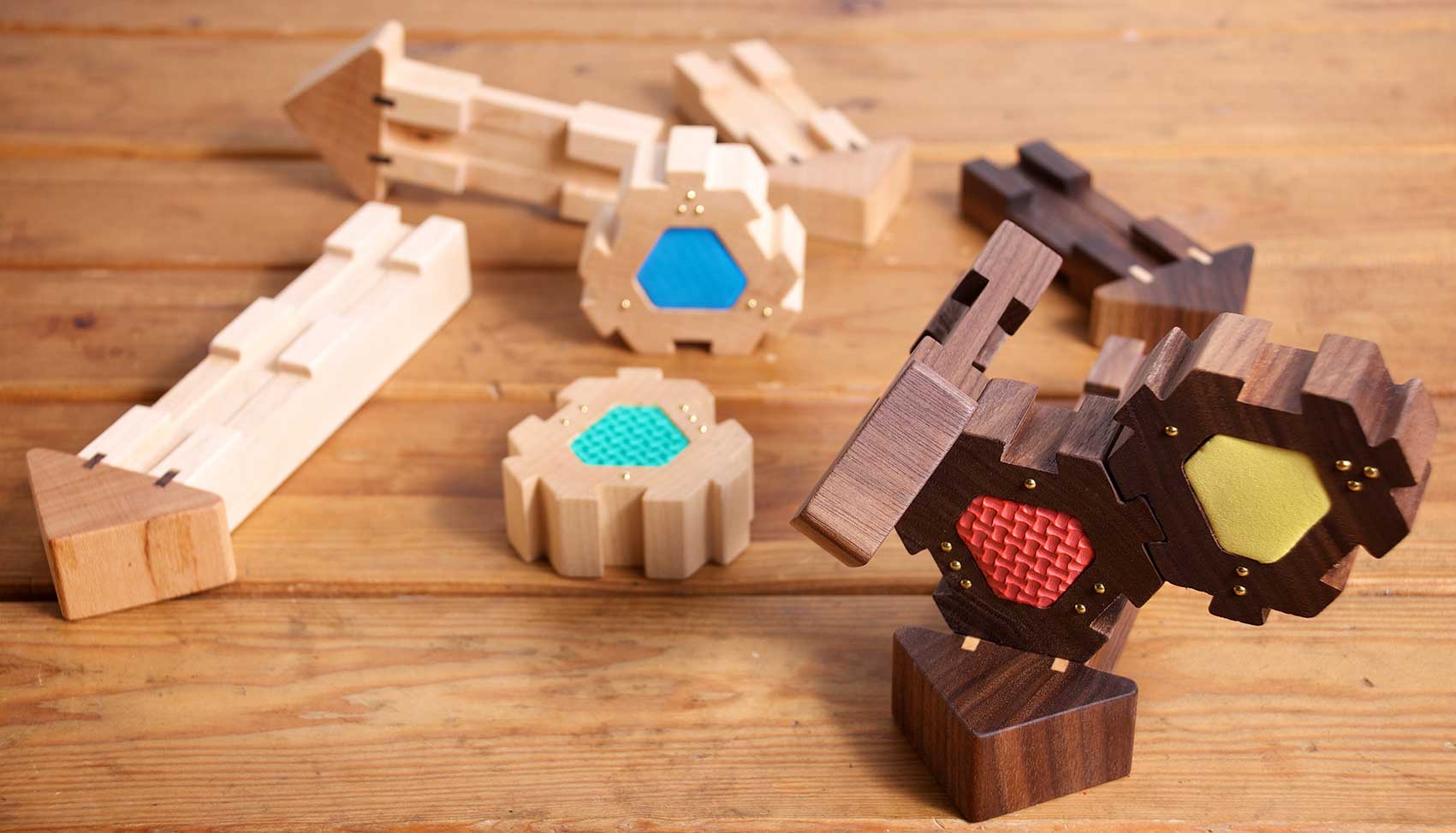 The blindness is a disability that makes very difficult for blind kids in elementary school to socialize with the other children they shares a class with. The social gap between a child with disability and the other children can be huge. So, the idea of Ilana Ben-Ari, the lead designer of this project, is to design a toy that creates a much deeper connection. In fact, communication and understanding is at the heart of creating a real connection between the visually impaired and those around them. The creation of a game that requires to give an explanation of what can’t be seen allows to build empathy and understanding.

So how would you describe this shape? How would you describe something that isn’t even there?
The Empathy Toy does a very important thing. It brings people from two very different worlds (with and without disability) and put them into each other’s shoes. This toy is a blindfolded puzzle game that can only be solved when players learn to understand each other. 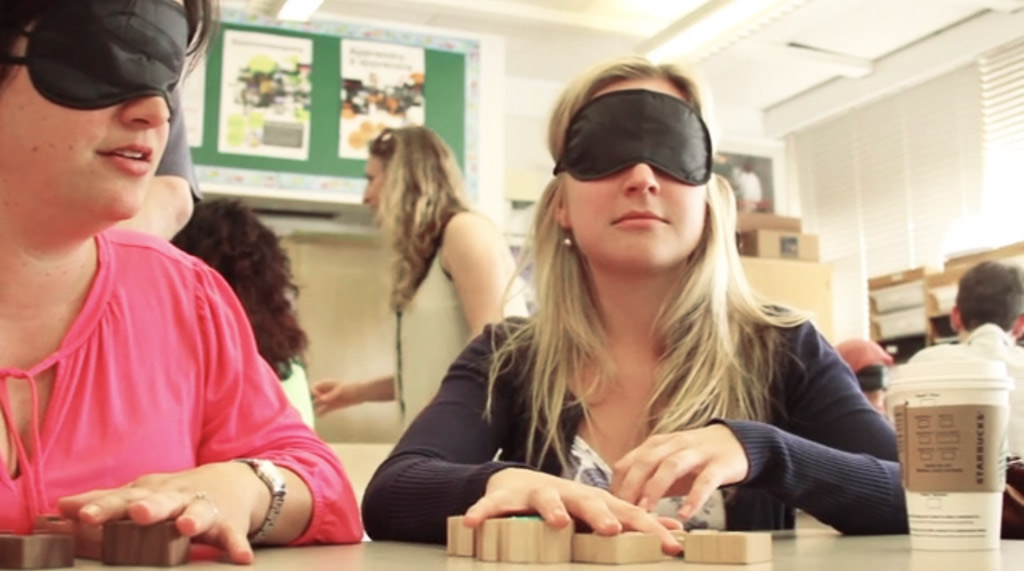 The Empathy Toy consists of two sets of different blocks. Every block has unique shape, texture, semantic clue, and it can connected with the other blocks in thousands of different ways.

So, how does the Empathy Toy work? The concept of the game is very simple. One person (the observer) builds a set of blocks while the other two participants are blindfolded. Then, one of the blindfolded members (the guide) receives the block set and he will instruct the other blindfolded person (the builder) how to recreate the set. The challenge is that they can use only their words to give and take directions and describe these abstract forms.

It is clear that the puzzle can only be solved through collaboration and with creativity. The players need to help each other to imagine what the other is working with, try to understand the other and build a common language. This is a toy for empathy that unlocks creativity at all ages and teaches that there are different points of view. 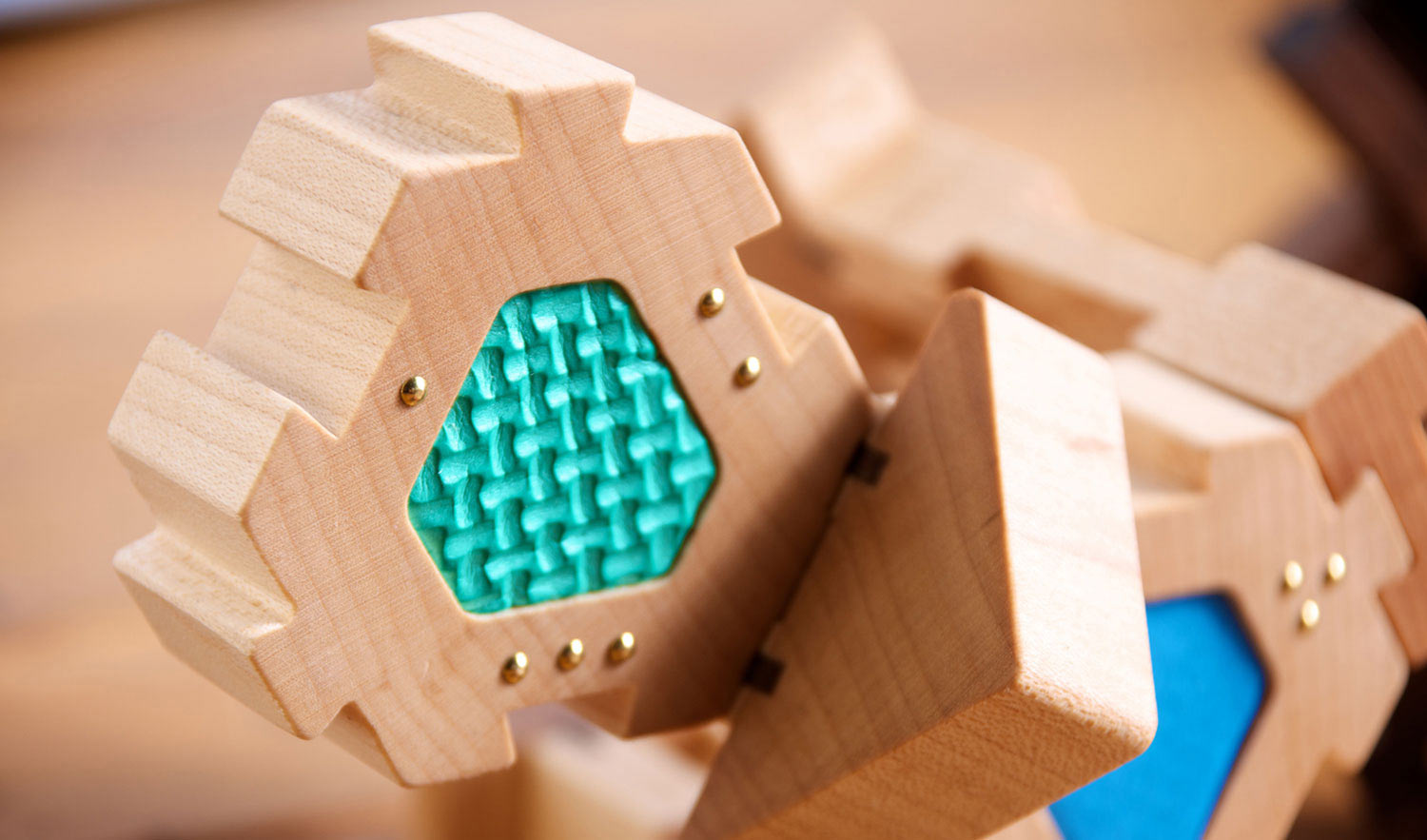 Previous PostHANDS ON CODING FOR PRESCHOOLERS
Next PostA COMPUTER FOR KIDS TO MAKE THEM CREATORS, NOT JUST CONSUMERS