To talk about Design for All means approaching design for human diversity, social inclusion and equality. Skoog promises inclusion through music and embodies totally these values: apparently just a soft cube with five semi-spheres on the 5 visible faces, actually an innovative and performing musical interface that hides unexpected applications.

This virtuous project born in 2006, inside Edimburgh College of Art labs where a team lead by professor Nigel Osborne started to design a playful musical instrument, intuitive, tactile and fun for all the children, including the ones with phisical and mental disability.

Since 2006 the project has made so many steps forward, from loans by Nesta (National Endowment for Science, Technology and the Arts) to successful Indiegogo campaign, to creation of Skoogmusic company in 2010. Skoog reached immediately great interest and achieved high levels of popularity through phisical and digital press, until grab Apple‘s interest. The Cupertino company has seen potential in the project so as to include it in its sales channels and sponsor it as an educational musical instrument that creates inclusion through music. 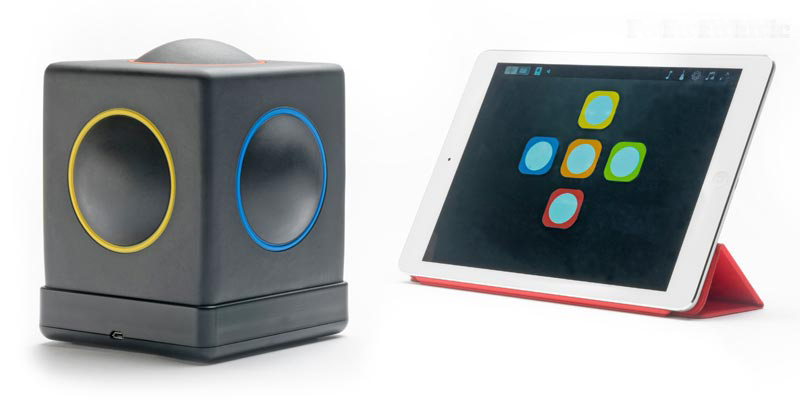 To get straight to the heart of the matter, Skoog is a musical interface that produces sounds based on how and where it’s hit, wrinkled or caressed. Each cube face, except the base, is a touchpoint, as are the corners and the entire structure. Just connect Skoog via bluetooth/wi-fi to your computer or iPad to configure it through existing apps (such as Garage Band) or specific software and the deed is done. You can play many different sounds, from guitar, piano to percussion to create real musical compositions. 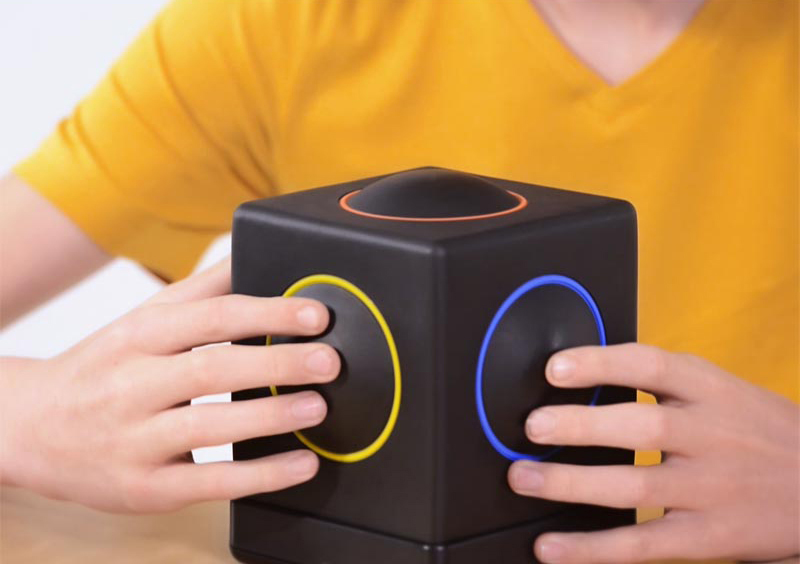 What is really amazing about this cute cube is the focus on inclusion at every stage of the project, from the early stages of design to marketing and communication. Born to meet the needs of disabled children through music therapy strongly focused on tactile sensoriality, it has become almost a viral instrument so it can be used by professional electronic dj’s or video covers such as the one below. Skoog easily meets the needs of everyone, and transforms the act of producing music in a moment of analog game, expanding the potential of the instrument thanks to the digital interface.

Skoogmusic team has focused on educational and therapeutic aspects in developing the project. In the first phase they made lot of tests in classes and treatment centers for people with physical or cognitive disabilities, and since the project is on the market, there are many testimonies that populate the product blog. Often for people with disabilities one of the biggest barriers is to make music with a traditional instrument. Skoog removes this obstacle by demonstrating how inclusion through music is possible.

“It was designed to be an inclusive instrument because often musical instruments are beautiful, fantastic, but difficult to play”

DESIGNEDUCATIONALSOCIALTOY News Awareness Toys at Games for Health Europe and on ADI Design Index 201925 November 2019 — by Fabio_Guaricci
Usiamo i cookie per assicurarti la migliore esperienza di navigazione sul nostro sito. Per continuare ad utilizzarlo accettare il loro utilizzo. - We use cookies to ensure that we give you the best experience on our website. Please accept to continue to use this site.OkRead more